In 2009 my wife and I inherited her grandfather's 1969 Chevy El Camino. It was a dilapidated version of the Malibu with a 350 small-block engine, a factory two-barrel carburetor, a Turbo-350 three-speed transmission, drum brakes and power nothing. There were zero creature comforts including air conditioning. Still, structurally speaking the car was in quite good shape and it held a ton of sentimental value because its been in our family since it was new.
Grandpa Joe's Elco quickly appeared on episodes of Roadkill, first as the car we swapped a new engine into during a snowfall at a Summit Racing store parking lot in Reno, Nevada. Later we raced it against other Roadkill project cars during an autocross shootout involving Jonny Lieberman and Carlos Lago and a Kia. After it was done being Roadkilled, I really got to work on improving all aspects of it.
My friends and I set about the task of making it reliable; My stint on the web show Hot Rod Garage allowed me the time to swap a Chevrolet Performance LS3 and a Gearstar 4L70-E overdrive transmission into the car as well as a new coilover suspension and disc brakes from Ridetech and Wilwood. It took less than a year for this car to morph from being Grandpa's grocery getter into a legitimate autocross terror.
All along, my wife yearned for the car to remind her of her youth, when her Grandpa would pick her up from school in the shiny blue El Camino. She repeatedly asked me to have the car repainted and I refused because I didn't want the car to become so nice that we'd be afraid to drive it anywhere. Over the last 10 years she watched my own project cars progress even staying mum when I went ahead and painted Blasphemi, my '55 Chevy Bel Air. I tell ya, the woman is a saint. Finally, during our last outing in the Elco during the summer of 2017 the transmission died and the car was parked. She was sad but I had a plan; I used the broken transmission as an excuse to hide the car while it was being restored by my friends. The original bumper were straightened and rechromed. The stock body panels were pounded, patched, primed and painted. The interior was dyed and the dash repainted and after 20 years of wearing the wrong color of Earl Schieb paint, it was brought back to its original Glacier Blue glory.
On our wedding anniversary in 2018 we revealed the car to my wife as the ultimate gift and my way of letting her know that what she values matters deeply to me.
This is the video of not only the big reveal of the car but also tips on how to switch over from an automatic transmission to a Tremec manual gearbox using a Silversport Transmissions kit. I think you'll like it.
For more information on the parts used here, visit Silversport Transmissions' website or NOsections channel. The links are here:
shiftsst.com/
nosections.info
and to grab any of the cool Finnegan Speed and Marine swag you spot in the video, visit: www.fsmgarage.com/
As always there are lots of behind the scenes clips and photos on my various social media outlets. Find me on:
Instagram: @finnegan999
twitter: @mike.finnegan999
Facebook: MikeFinneganNews/

That was epic! Even Mrs Finnegan! You rock!

What a blessing it must be to have a wife who likes cool old cars. Hey, let me build you another muscle car (which I can drive all the time wink wink). Haha

what a machine,wish we had them in the uk,finnegan respect fella,

Still my favorite video on your channel Mike . That's my favourite Elcamino on the planet. You did it for your Mrs.Amazing

OOaaooo, She is one happy car enthusiast.

I had to watch this again tonight...awesome car resto and awesome reaction for the wifey ...

As a female veteran car and motorcycle enthusiast, i would be totally stoked. My man would have a before work smile on his face for months, way to go Finn! Love the show, and yes keep the lady wife happy, VERY IMPORTANT!

Having not read past comments I'm not sure if I'm the only one who noticed the ladder across the street that was obviously used to drape the cover over the street sign. A wise security precaution no doubt Mr. Finnegan!

Awww Finn is a good husband

I love elcamino’s and hope someday to own one.

Man I love this.. update on the ute please love from Australia 👌

I’d take that old 65 or 66 Galaxy at 28:09 could be wrong but my gut tells me it’s prolly rocking the 390 so laying down some rubber wouldn’t be an issue lol and o yeah I dig the elcy too ✌️

That was freaking awesome!

Hey mike when is the next faster with finnagin coming out?

It's not just a nice car...it was her grandfathers car.Big difference. Best part is she can drive it like its meant to be driven

Was in China with my girlfriend, I saw a Nissan GTR black spotless, I said look babe, she scoffed and walked away....

So you're stealing your wife's truck

I love the muffler sound...type they are ? What cam ? ECU controller? You need to show some detail for us amateurs

The Ren and Stimpy theme music on the outro was Brilliant! Best ending to one of your finer videos... Legend!

Must be rough being fuckin rich! Flowers or car? Rich people suck

I dont think it's a wagon. I was told the el camino was a chevelle with a truck bed

Beautiful car! When you're going out for dinner in it, was waiting for your wife to open it up and make it scream! Kudos Mike!

Ah yes, even on a perfect day, you still get Roadkill’d. Will the Roadkill Curse ever stop biting?

Instead of bar soap I use bearing grease

how do you spend that much money without your wife knowing

your audio is too low!

You got one cool wife Mr. Finnegan.

This was my favorite your the man finnegan your the MF man🤘.... P.s Finnegan can u please contact me if you ever read this@ dude909duhhh@gmail.com i would really like to talk to u about a project i need help with brother please and thank u

Your wife is so beautiful

You make the rest of us look bad. Good work.

You're an awesome guy Mr. Finnegan, and you have an amazing wife.

The brake clean after installing the flywheel gave me the warm and fuzzies. I love NOsections channels that aren’t run by hacks.

That Elco sounds so badass!

My wife is the same way! I need to restore her grandpa's vw bug once I'm done with my 71 coupe deville! Thanks for the idea!

This vid is old, but if you do the trick @13:10 on LS based engines, you will knock the freeze plug in the back of the crank into the oil pan. The trick doesn't work on LS cranks.

or,the paint shop guys finally gave up and painted the car in exchange for so called advertisement in finnegans garage.

You can also remove a brass pilot bushing with a thread tap.

Im just a Canadian guy. question is , how do you get away with lights in the booth without blow proof coverings? That legal in the US?

Cool! Love the car and you have a great wife!

Hey bro great job man and the car is looking great and I am a old school man and love the older care then new cars..the old cars have a much stronger engine and body last longer..bro when we on we on man..it happen to me as well..I take a long time to do things for my lady because I want the best for her..all the best to you and your family..God blessing always 👍👌❤

You are the man Mr Finnegan! That effort should allow you to do no wrong for at least six months, unfortunately as we all know....that can change in a heartbeat! That’s why we love our women, there’s no fun left when it all gets predictable! I like your style Sir, enlist the family and neighbour to get it sorted....well done!

Can someone shoot me please

Okay so it's her car but you didn't want it painted due to whatever reason/s you gave her... so basically you're admitting to being a jerk because you're selfish... well they say admitting it is the first step! Good man!

I love this! 13 years. You are a wealthy man, mr Finnegan.

Was that your wife that did that last take off

I got my wife a Corvette. She loved the car but decided I could not drive it occasionally. Hence , she is now my ex wife..

I'm a year late watching this. I enjoy watching people's sentimental rides restored. You are a good man for doing this for your wife. Nice Elk! Congrats.

Nice. Paint for your wife's car 5 k Transmission swap 7 k Night of scoring with the wife.. PRICELESS. If you can call $12000 priceless

mike is getting some hot loving tonigth your man is waitting for you .great looking car tom.

Wow the car looks great I had a 69 bought it new same color . Brought back memories

My bday was one day before
Neste 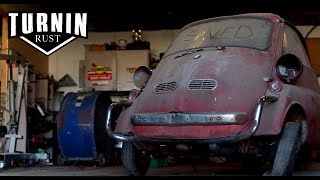 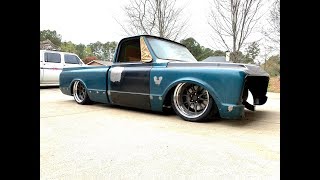 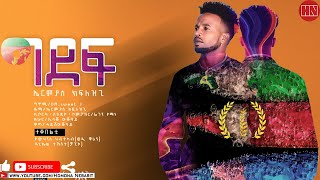 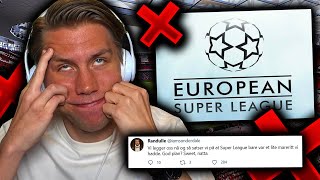 31:07
Surprising My Wife On Our Wedding Anniversary With a New Car-Finnegan's Garage Ep.118
Ganger 629 k